Have you ever looked at a parent or grandparent getting older and wondered how you could improve their health? If they’re living with a chronic, common condition, chances are many people around the world are asking themselves the same question on a daily basis with their own relatives in mind.

Lewis Hornby asked himself that particular question after his grandma Pat was hospitalized with dehydration. His response was Jelly Drops – fun and engaging water sweets designed for people with dementia.

After almost two years, we were curious about what the program has meant for them when they were at the beginning of their journey:

“The IMAGINE IF! accelerator has been a fantastic experience for the whole team. It helped us fund the first set of care home trials and allowed us to gain exposure to senior industry experts who became both our investors and mentors. It also gave us a lot of invaluable insights to advance into product commercialization, taking us to where we are today”.

But let’s start from the beginning.

Everybody knows that a great team is key for start-up success, but it can be extremely hard to find the right people. The three co-founders of Jelly Drops met during the Innovation Design Engineering program at Imperial College in London. It is a two-year program where students are given a set of tool kits to work on problems they are passionate about.

This is how Nick explains it: “We really focused on design through making, really fast prototypes and product iteration. Then we repeated it over and over.” Lewis (the hacker), Claudia (the hipster) and Nick (the hustler) worked together on a series of different projects during their studies, most of which remained on the university benches. In the final year, the students were set a group project and a solo project. Nick, Claudia and Lewis’ group project, Pluvo, has also spun out to be a successful start-up – but the trio has spent the last 18 months working on Lewis’ solo project, Jelly Drops.

Lewis started by living in his Grandma’s care home to gain fundamental insights into why people with dementia don’t drink. After working on several ideas, building prototypes and iterating, the idea of using jelly sweets to encourage people to take water in a more independent and enjoyable way was born. “We really love the idea of something simple and effective,” says Nick while thinking about the reasons behind their product. “The most amazing thing has been seeing a tangible effect on people’s lives and how our input impacts them.”

Right after graduation in 2018, when Lewis was still experimenting in his kitchen with different formulas, the project received international attention with online videos of his grandma Pat eating Jelly Drops being viewed over 100 million times. It was then he assembled the team to make Jelly Drops a reality. Their collaborative approach to problem-solving has allowed them to develop the concept into a market-ready product – Jelly Drops now come in six juicy flavors, are sugar-free and vegan, and contain 95% water with added electrolytes.

Right now, the team is facing new challenges, getting Jelly Drops in the hands of people that need them most. They have just moved to a manufacturing warehouse to deal with the whole production process, which will be entirely in-house so they can guarantee full control and accountability; definitely not a common aspect to see in young start-ups.

The next challenge we discussed was distribution, which is especially difficult to nail in the healthcare industry. They plan to provide the product directly to customers to gain invaluable feedback and reach as many people as possible. Then they plan to shift to care home facilities to be able to reach many people at the same time. Further down the road, the final goal would be to integrate the product into the NHS in the UK and thus provide it to everyone who can benefit from it, without any additional cost. What can be said about their distribution strategy? It’s simple and effective, just like a Jelly Drop.

Although the idea was born out of a personal encounter with the darker sides of dementia, they’ve learned that the problem of dehydration is far from confined to neurodegenerative disorders. So many people would benefit from their product; from kids that are constantly under-drinking (and love sweets!) to someone with learning disabilities, and to people going through chemotherapy. A recent example is a 10-year-old girl that was hospitalized due to severe dehydration and became one of their first customers. You can read the full story here. The sky really is the limit and I am excited to witness how they will change so many lives.

With all these different possibilities, it is really important to know when to zoom in and when to zoom out. Staying focused on specific goals while looking at the horizon is a difficult skill to master. When asked what has been the best advice he has ever received, Nick replied with no hesitation, “Always keep in mind that motion does not mean progress.” Definitely a useful mantra to remember when making decisions.

We wrapped up our conversation by discussing what their top priorities are currently. The underlying question was simple: what keeps you awake at night? “I always think about how we can meet the expectations of more than 40,000 people,” Nick says. That’s the number of people who have signed up to their waiting list, “while being honest and transparent with people”.

You can learn more about Jelly Drops here. You can also subscribe to their mailing list to receive company updates and get notified when their product is launched. 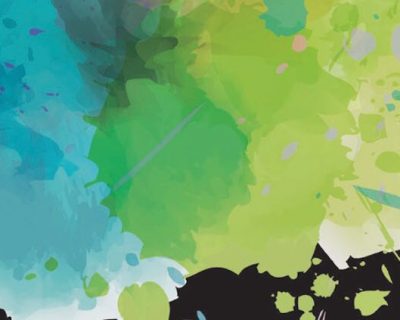 We’re now accepting applications for the IMAGINE IF! 2022! After a great 2021 program with almost 100 startups from all over the world participating in the first phase and 15 startups selected for the global phase, we’re now looking for a new cohort of ambitious founders. This year, we’re structuring the first part of theaaa

Alzheimer’s: what’s on the horizon?